On December 12, 1976, Jack Wrather received the go-ahead to build one of the most modern hotel additions anywhere. But the city’s planning commission tacked on an interesting condition to the development. The proposed 13-story tower, to be the third tower in the Hotel complex, would be the tallest structure in Anaheim and would be the maximum height allowed. Under a rule adopted by the city some time previous, no building was permitted to be visible from Disneyland Park. The planners ordered a balloon to be flown at the height of the proposed building to make sure it could not be seen from inside the Park. The concern was that the fantasy atmosphere of Anaheim’s main tourist attraction not be disrupted. Architects for the new tower assured the planners contour lines had been drawn and there would be no visual intrusion in the Park. They agreed however, to confirm their paper theories with the balloon test.

The 1977 Wrather Corporation annual report announced an $18-million expansion program, including the third tower building, which would give the Hotel a total of 1,400 guest rooms and suites. [This was the third and final phase of the massive expansion plan announced by Jack Wrather back in 1968.] Included in the expansion plan were a new computerized reservation-registration system, a "space-age" telephone system, enlarged restaurant and bar facilities, remodeled kitchens, and enlarged and redecorated shops and boutiques. Also announced was the $3-million purchase of 21-acres of land contiguous to the original 60-acres leased from Walt Disney back in 1954. Located at the southwest corner of the Hotel, 7.5-acres were designated for additional parking. The remainder of the land was to be studied for future development. That "future development" never took place during the Wrather years. 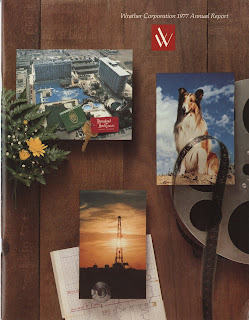 1977 Wrather Corporation Report
More than 100 Disneyland Hotel representatives and Southern California VIP’s gathered on April 7th, 1977 at the Hotel for a ground-breaking ceremony and VIP reception to officially launch construction on the Hotel’s newest addition, a 13 story, 406 room tower that at completion will be the tallest building in Anaheim, California. The new tower was scheduled for completion in December, 1978. 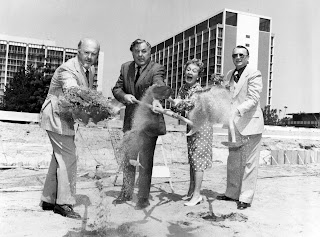 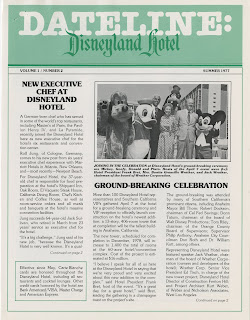 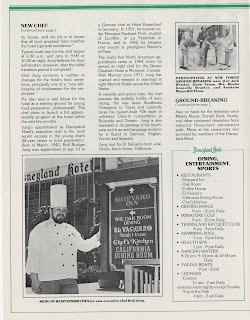 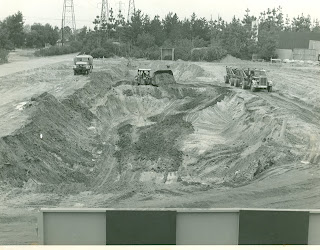 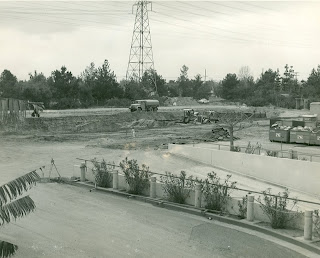 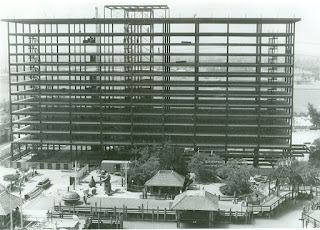 Bonita Tower all framed out 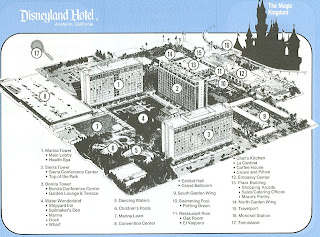 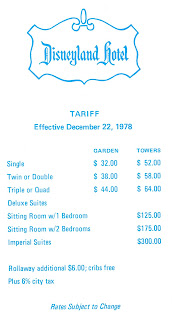 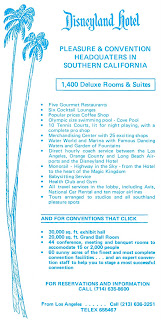 Rates and information for 1978 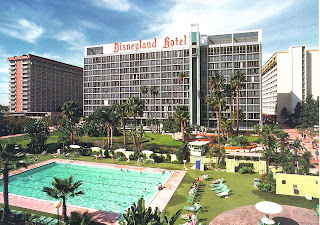 This is one of my persoanl favorite pictures of the Disneyland Hotel. It's how I like to remember it. The Bonita Tower is on the left. Those were sure some fun visits! 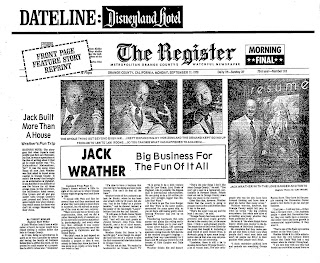 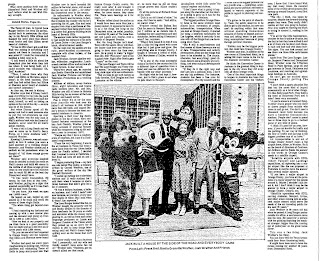 1978 Southern California feature newspaper article discussing the Disneyland Hotel and the new Bonita Tower.
On July 1st, 119 rooms of the newest tower building were opened to guests. By August all the guest rooms of this third tower building were fully opened (although its Grand Opening was not celebrated until the following year). Included were thirty-eight suites with one or two bedrooms. The $18-million, 13-story Bonita Tower (named after Jack Wrather's wife) became the tallest building in Anaheim. In September, the new Tower's lobby was opened, along with six new meeting rooms (the Santa Rosa, the San Clemente, the Santa Catalina, the Santa Cruz, the Santa Barbara, and the Wrather Board Room). On the lobby level was to be found the Garden Lounge, which overlooked the Dancing Waters and would overlook the Aqua Gardens when opened the following year. This lounge contained a holding (warming) kitchen that allowed for the serving of special breakfasts and buffet lunches for meetings and conventions. The following year, a terrace was added to the Garden Lounge, allowing patrons to enjoy the refreshing evening. 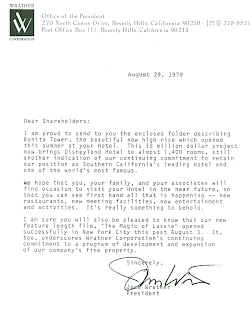 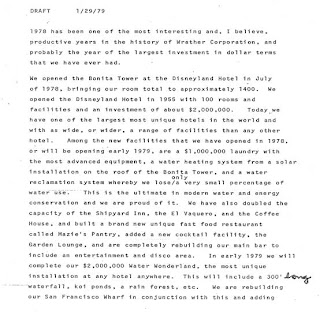 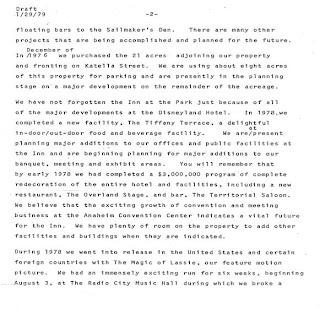 Early 1979 update from Jack Wrather
More importantly, the Bonita Tower was the first hotel building in the United States to utilize a solar heating system. Solar panels, installed on the roof, collected the sun's heat, which then heated water in storage tanks. That water was then circulated through the guest rooms. A new laundry-water reclamation system surpassed then current standards in the commercial laundry services. Installed in the basement of the new tower at a cost of $500,000, the facility eventually would supply laundry service for the entire Hotel. The laundry's first supervisor was Pete Kaiserman. The Tower had been designed as an "energy-conscious" structure. This new tower added 367 guest rooms, bringing the total for the Hotel complex to slightly over 1,400 rooms. As with the previous Sierra and Marina Towers, the Los Angeles firm of Weber and Nicholson Associates was the architect for the Bonita Tower.
And now for the mystery photo. I always thought the photo below was of construction on the Bonita Tower. I can't be certain but I think it is. Unless you can find anything in the picture to disprove this, (and by all means, please do if you see something I have note been able to see) I am going to say this is Bonita Tower construction. 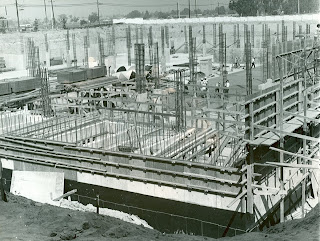 Mystery photo!
Hope you enjoyed this photo set of the last tower constructed at the Original Disneyland Hotel.
Please have a look at our website and help keep these photos coming by purchasing your very own copy of "Disneyland Hotel: The Early Years 1954-1988"
http://www.magicalhotel.com/
Posted by Magical Hotel at 11:57 AM

Whoa, this is about 4 posts of info and photos in one post!

I even had a couple more items I could have added to this posting. :)

I found it fascinating that the letter you posted has Jack Wrather mentioning the Inn at the Park. You never hear very much anymore about the Wrather Corporation owning the Inn at the Park. Do you know anything about, like did Wrather buy the Inn already built or have it built? I remember getting somekind of a flyer in on one of our trips to the Disneyland Hotel in the mid 70s where it was mentioned that there were some talks of expanding the monorail to the Inn at the Park. Have you ever heard that before?