My first book, pictured below has been granted a reprint. Books are now available on my website http://www.magicalhotel.com/

We should be shipping by end of April.

We also have an e-version of this book available and if you are interested, please write for details. 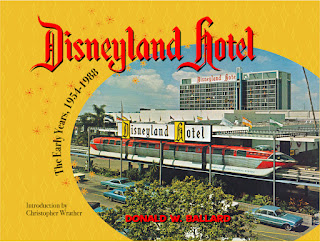 From August, 1957, the Disneyland Hotel's 1st anniversary. Sometimes, when you get a stash of photos, it's a fun project to try and identify people in the pictures. When I first got this group of pictures, I was only able to identify the Wrather family. In the course of time and some extra digging, I am now able to identify all the people in these shots. A couple of them have some extra significance. 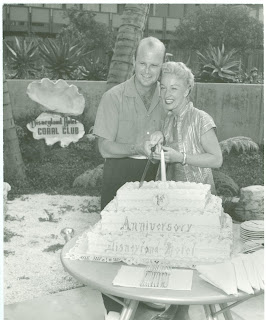 This next photo is especially interesting. When I first saw it, I had no idea who was in the photograph with the Wrathers. I knew they looked familiar but still I had no idea. Some time later, I was rummaging through some magazines and it hit me...... 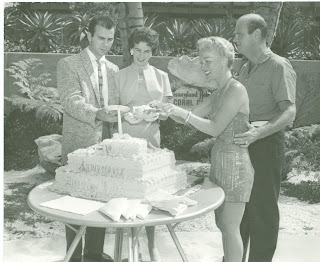 The people in the photo above were the very first regsitered guests, Mr. & Mrs. Robert Arnone. Below is the magazine page where it hit me on who they were. 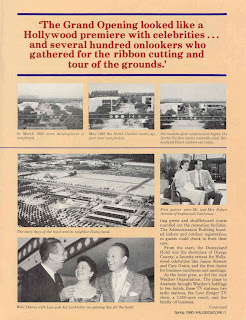 Here is a close-up of the picture of Mr. & Mrs. Arnone. 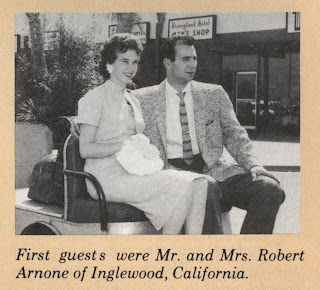 And the text mentioning them by name: 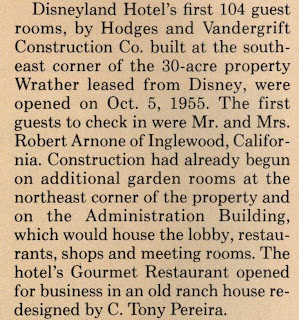 They are wearing the same clothes so I assume the photo on the cart was from the same photo shoot.
Another page from this article has a picture from this first anniversary photo shoot: 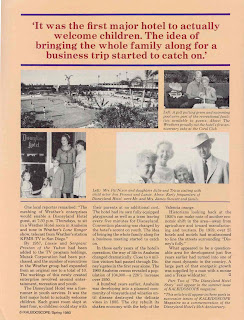 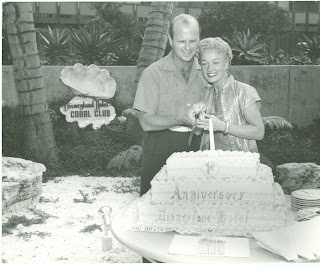 Here is the cover from the Hotel magazine which was a great inspiration to me to document and record Disneyland Hotel history. 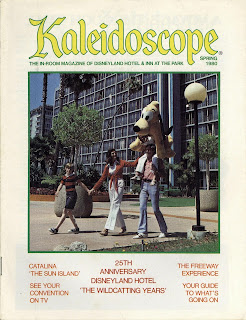 And here are some more from the 1st Anniversary photo shoot! 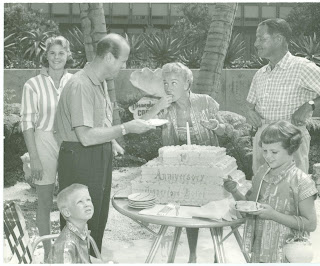 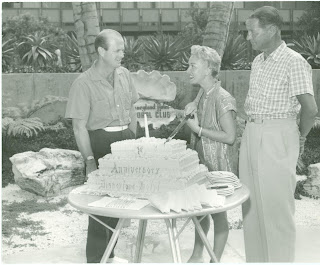 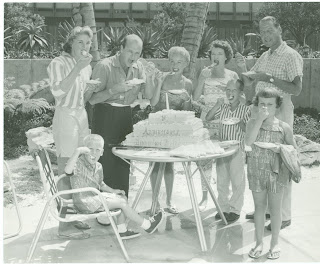 And here is my favorite shot from the bunch. Everybody who was lucky enough to be around the pool received a piece of cake! 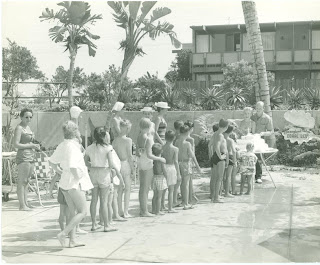