Does anyone out there have any photographs of Walt Disney and Jack Wrather taken together? The one I posted below is the only picture I know to exist. I would have to believe there were more than one picture of these two taken together. Let's see it if you have it.

I did just find another photograph. See below. Taken at nearly the same time but different. Still waiting for any others that may be out there.

At the "official" Grand Opening of the Disneyland Hotel in August, 1956 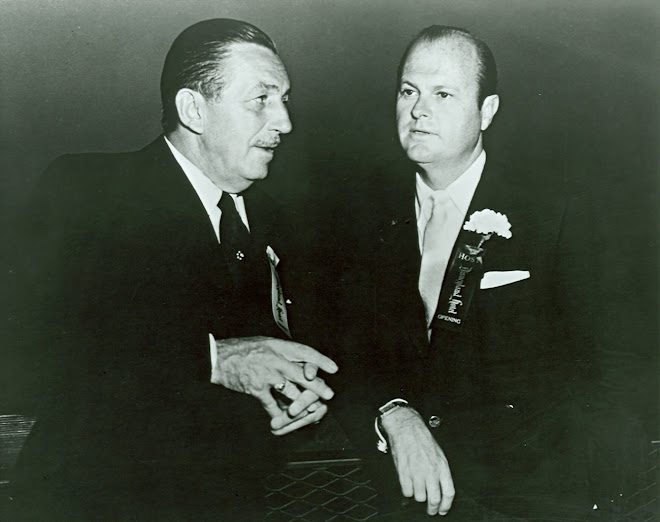 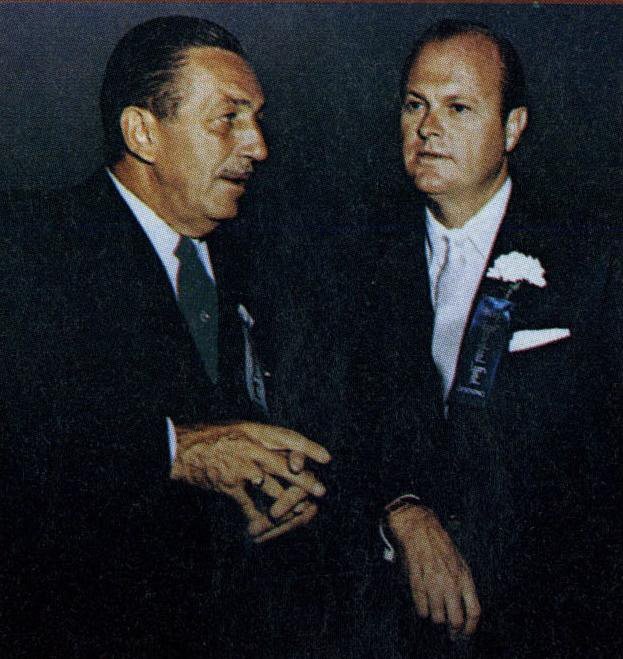 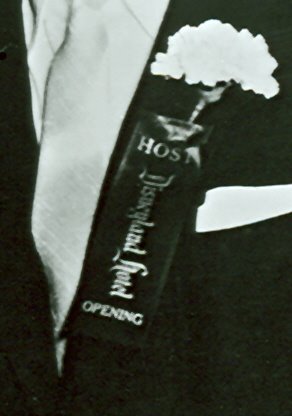 End of the Line

The latest addition to the blog is one of tha last brochures printed and used at the Disneyland Hotel during the Wrather ownership of the facilities.

Please check out my website http://www.magicalhotel.com
Posted by Magical Hotel at 5:37 PM No comments:

We are hard at work on the first of the addendums to our book Disneyland Hotel: The Early Years 1954-1988 http://www.magicalhotel.com. These addendums will feature rare photographs, brochures; including facts and history that did not make it into the book. These will help to fill the many gaps in the Disneyland Hotel's history. Addendum #1 will cover the idea and concept of the Disneyland Hotel in 1954 with Walt Disney convincing Jack Wrather on the idea, through the groundbreaking in March of 1955 right up to the opening of the Hotel in October of 1955. We have uncovered many new items, some not seen in over 50 years and hope to make these addendums as colorful and descriptive as possible. Each issue will contain 16-24 pages and will be printed in limited amounts (maybe as little as 50 signed and numbered copies on the initial few issues). Please let us know if you are interested by dropping us a line. Contact details are on the profile page of this blog. These will go fast!
Posted by Magical Hotel at 10:12 PM No comments: