For the summer season of 1980, the 25th Anniversary of the Disneyland Hotel, the Seaports of the Pacific shopping area was added to the marina. Under construction since February, it replaced what had been the artisans market. Ed Ettinger, the project's supervisor, explained, "What we've developed is a living theater consisting of those special environments associated with exotic ports of trade in the Pacific Basin." Side by side were an Indonesian pagoda blue tile roof, an Australian weathered tin roof, a Polynesian bamboo roof, and a Latin American red mission-tile roof...a wide variety of colors and textures. Staffed by authentic personnel, the Seaports was a mingling of accents and cultures. In the International Bazaar were to be found an arts and crafts market and shops of imports from the South Seas. Mimes, magicians, and strolling musicians entertained at this international bazaar. Sausalito Sue, a rustic cocktail barge, floated close by on the marina. Entered by means of a wooden ramp, it offered drinks and snacks.

And now the Seaports brochure and its many deviations. 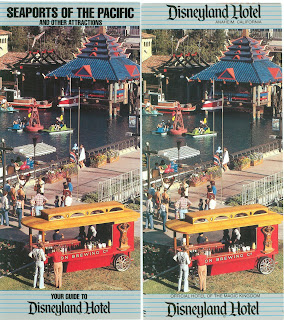 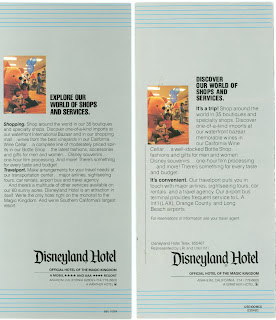 The 1985 back cover mentions the Hotel's 30th anniversary 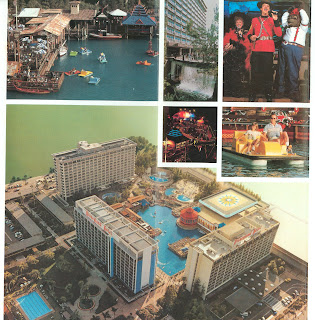 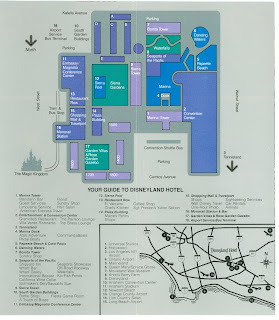 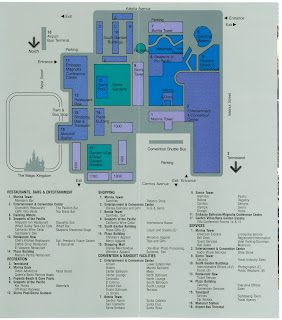 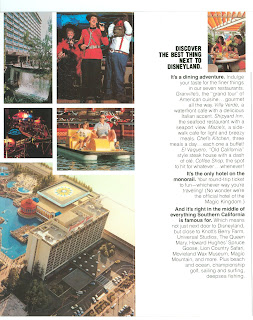 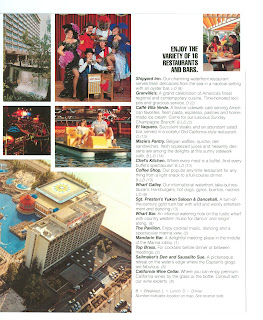 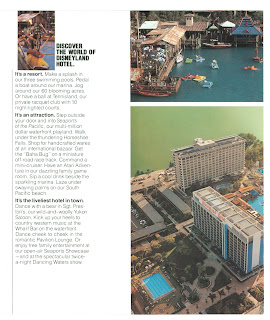 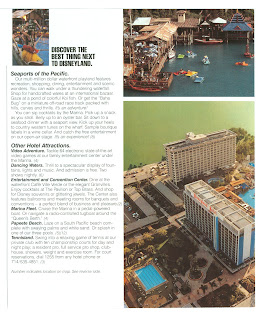 1986 & 1987 interior brochure
While the brochures shared many similar pictures and text, there were also numerous differences. So when you think you may already have a brochure in your collection, make sure to double check that they are not different versions that just look alike to the casual eye. Happy collecting!
Please visit our website:  http://www.magicalhotel.com/
Posted by Magical Hotel at 1:09 PM

On the 1983-1985 map, finally I see mentioned by name the Fiesta Arcade (on the west side of building E), where I spent a whole mess of quarters back in 1981-82, at the height of the first video game craze. It was in a converted motel room space...

Thanks for posting all of this great stuff!