Water Wonderland included a number of new and updated attractions around the marina area and at the base of the newly opened Bonita Tower. In front of the Tower was the new $2-million, four-acre Aqua Gardens. It featured the 165-foot wide, crescent-shaped Horseshoe Falls, the top of which was a bridge for guests of the Bonita Tower to use as a link to the wharf. Also included in this area were a beautifully landscaped rain forest, a series of reflecting pools, and rapids. Finally, there was a fish pond grotto (inhabited by over 400 very expensive Japanese Imperial Koi fish), landscaped in the style of Japanese gardens. While the Aqua Gardens may have had a distinctively tropical atmosphere, in actuality all of the plants, trees, and rocks needed for this new area had been transported only from nearby San Bernardino and the Sierra Mountains. 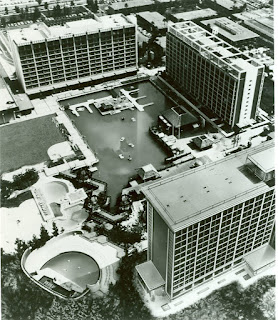 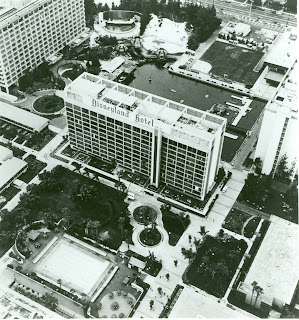 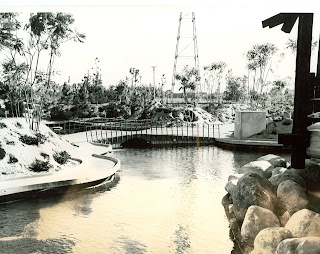 A rare view of the new waterways at the Disneyland Hotel. 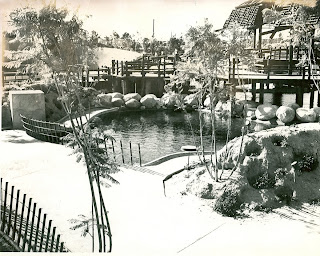 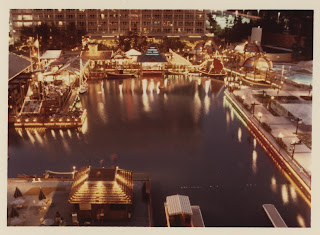 A beautiful night-time shot of the Water Wonderland at the Disneyland Hotel. This picture was another fron an archive that probably has not seen the light of day in over 30 years.
Posted by Magical Hotel at 6:17 PM