This is the original shovel presented to Jack Wrather by the Anaheim Chamber of Commerce on March 18, 1955 at the luncheon at the Water Wheel restaurant following the formal ground breaking ceremonies. 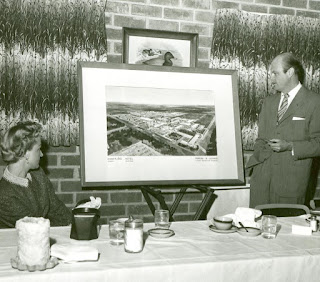 Photo taken at the Water Wheel Restaurant on Euclid in Anaheim during the luncheon.

Matchbook from the Restaurant. 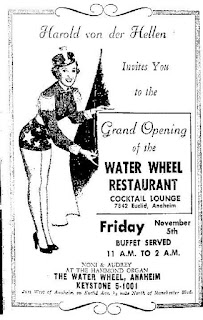 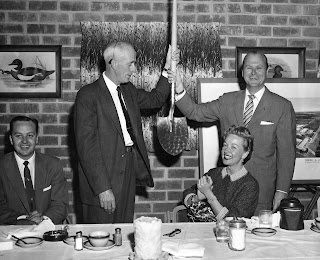 Clyde Cromer from the Anaheim Chamber of Commerce presenting the shovel to Jack Wrather. Also in the picture, Bonita Granville-Wrather and CV Wood. 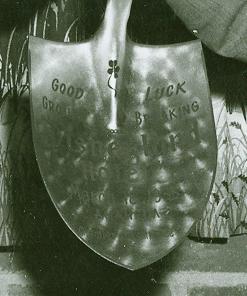 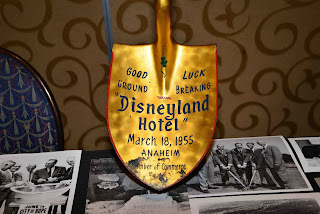 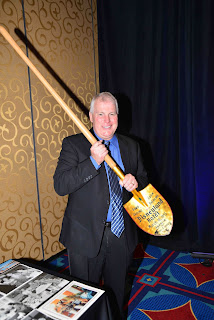 Don Ballard with shovel on October 5, 2015 during the Hotel's 60th anniversary celebration. 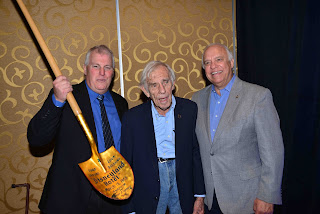