In 1968 alone, the Disneyland/LAX helicopter service suffered two of the worst civilian chopper crashes in U.S. history. In May, a helicopter carrying 23 people lucky enough to leave the park alive disintegrated in mid-air and crashed near Paramount. There were no survivors. Less than three months later, a Disneyland-bound chopper crashed on a Compton playground, killing all 21 would-be "guests" and crew on board.The type of helicopter involved in both crashes was the Sikorsky S-61, operated by Los Angeles Airways, which had regular passenger service between Los Angeles International Airport and the Disneyland/Anaheim heliport.

The first crash occurred on May 22, 1968, when N303Y was en route from Disneyland to LAX. At about 550 PM, Flight 841 was flying at about 2,000 feet near Paramount when a distress message was received from the helicopter "L.A., we're crashing, help us!" All 20 passengers and the crew of 3 were killed. It was later determined that a mechanical failure in the main rotor hub allowed extreme lead-lag excursions of the rotor blades, one of which became detached from the swashplate and struck the helicopter's fuselage as it was descending through about 600 feet. This caused the other four rotor blades to go out of control, and in short order all five blades broke and the rear fuselage and tail rotor pylon separated from the aircraft.

The second crash, on August 14, 1968, involved N300Y, operating as Flight 417 from LAX to Anaheim. This time, the helicopter was flying at about 1,500 feet around 1035 AM when one of the main rotor head spindles failed and the attached rotor blade separated completely. The resulting imbalance sent the helicopter out of control and it crashed in Leuders Park, killing all 18 passengers and 3 crew. The spindle failure was caused by metal fatigue.

Newspaper photo of the helicopter crash 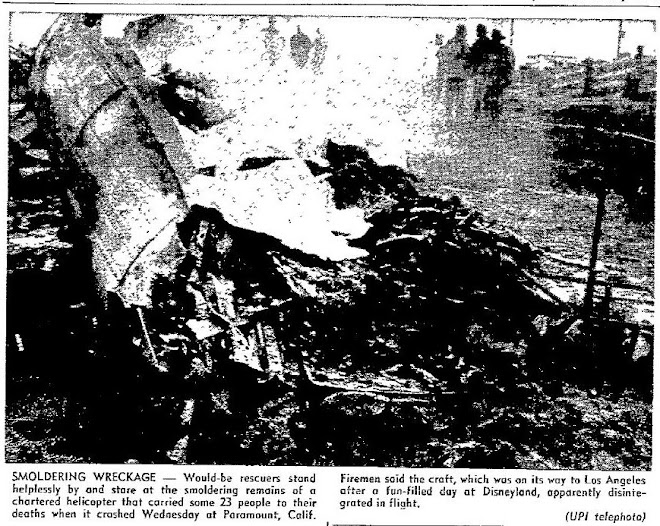 Newspaper Article - Article from May, 1968 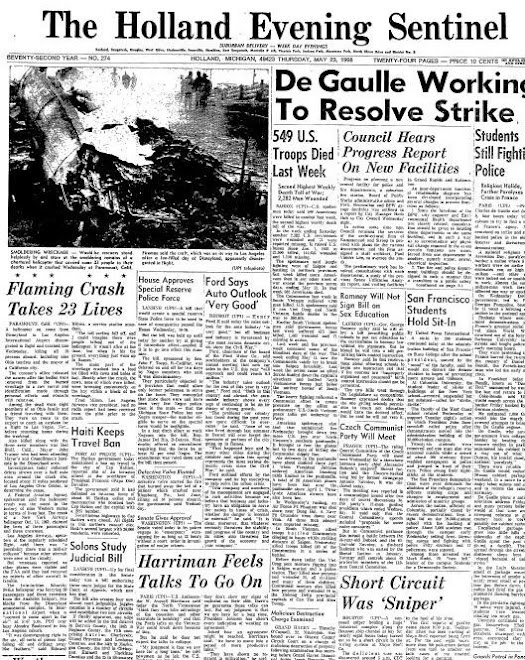 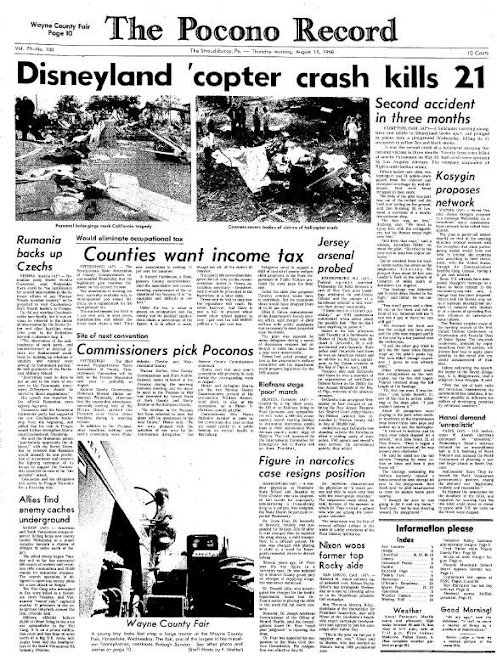 Loading Passengers - The Helicopter terminal at the Disneyland Hotel station 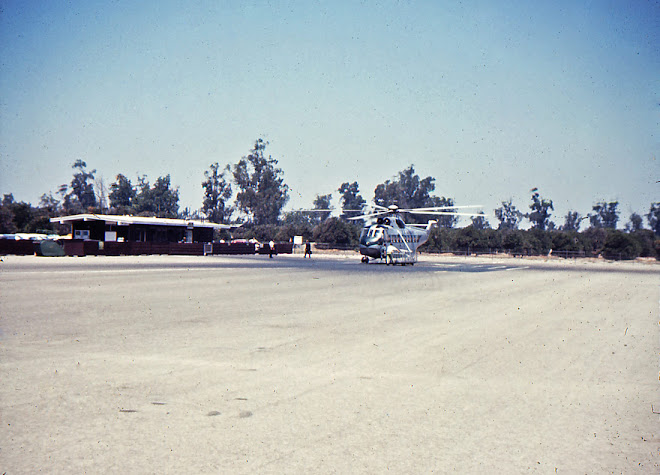 In Flight - The Heliport accross the street from the Disneyland Hotel 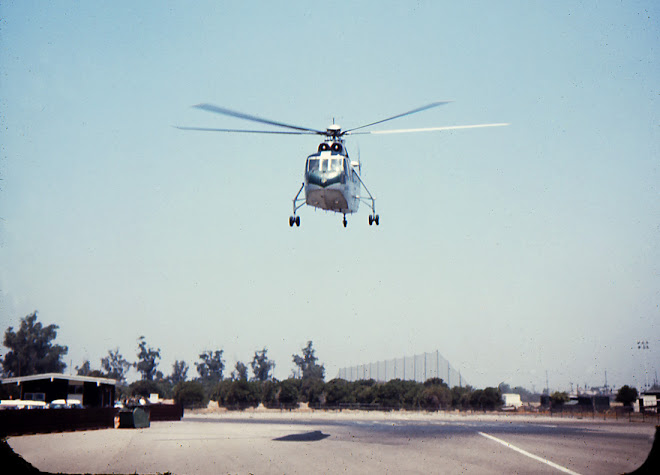 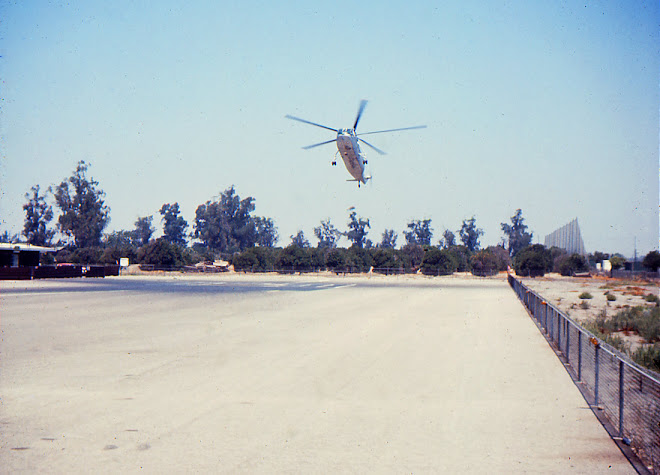 LAA Airways Overhead - Leaving the Heliport at the Disneyland Hotel 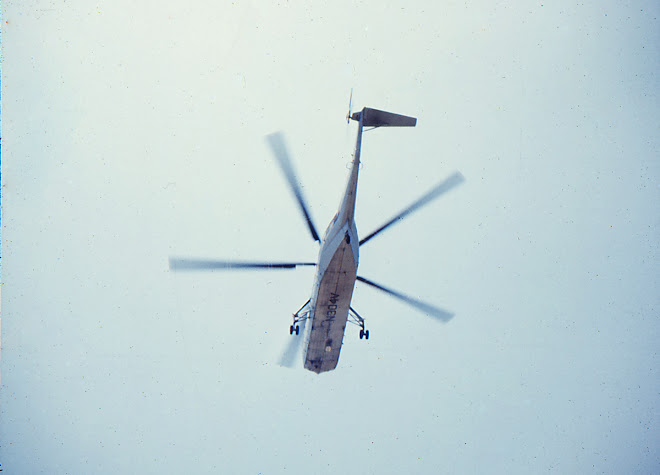 New Photos on the Blog

Just wanted to add some new photos tonight at the request of Walterworld. I've said many times, if I know people like these, I will continue to post. Tanks WW for posting comments and requesting more posts. It's nice to feel wanted!!! :)
Posted by Magical Hotel at 9:13 PM 4 comments: