Here are some rare shots from the early days. Interiors are tough to come by. Hope you like them! 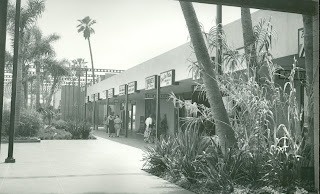 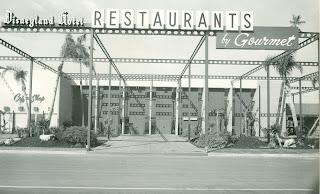 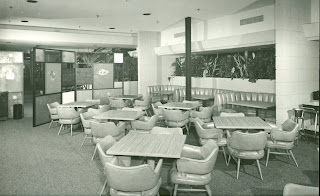 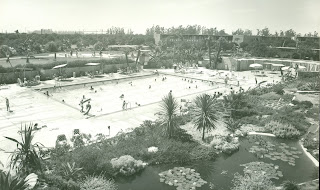 I purchased a 1957 16mm film and had it converted to DVD as well as several of the frames converted to high resolution still images. I did this because many people asked me how they could get nice copies of these images. 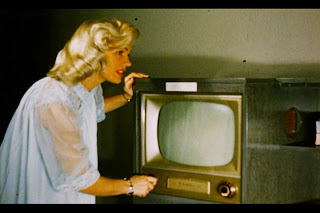 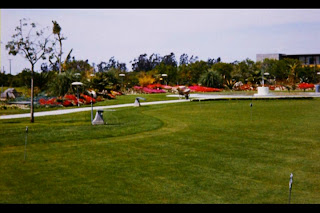 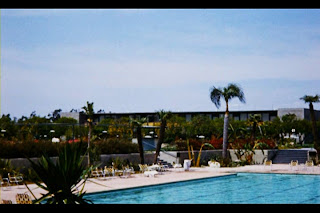 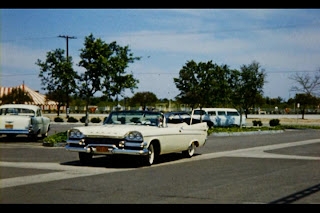 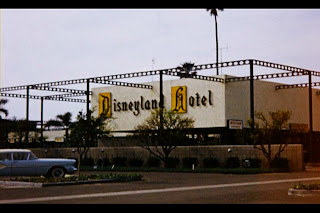 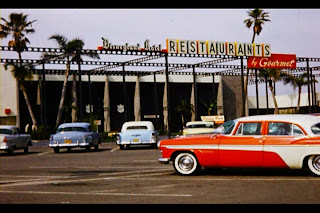 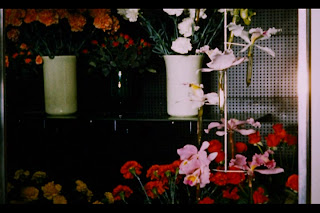 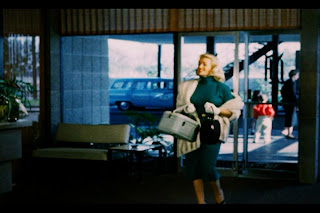 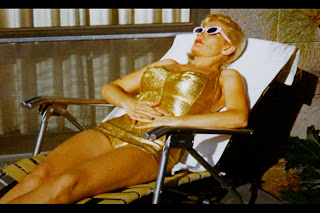 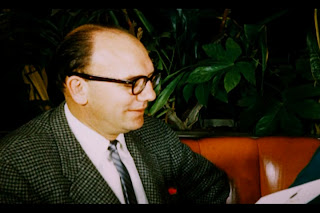 There are many more still shots which I hope to post shortly. If you would like your very own copies of these rare photographs, please visit: http://www.magicalhotel.printroom.com/

Please also visit our website http://www.magicalhotel.com/ and support this site by considering the purchase of our book on the history of the Disneyland Hotel.

I am in the process of making this DVD available as well. Thanks for looking!
Posted by Magical Hotel at 10:51 PM No comments:

Richard S. Stevens, who had leadership roles with the Disneyland Hotel, Queen Mary and Balboa Bay Club during a wide-ranging business career, has died. He was 80.

Stevens died Oct. 14 in his sleep at his Newport Beach home, said his wife, Joan.

He worked more than 20 years for Wrather Corp. As president of Wrather Hotels, which included the Disneyland Hotel, he developed a plan for the company to lease the Queen Mary in Long Beach as a tourist attraction and display with it the Spruce Goose seaplane built by Howard Hughes.

Stevens was co-owner and president of the Balboa Club during the 1960s and '70s and was the Disneyland Hotel's president and chief executive from 1977 to 1982.

Stevens also was co-founder of the Bellport Group, which operated marinas throughout the world. He developed the Hamilton Cove project on Catalina Island, supervised a team that developed Marina Costa Baja in Mexico and was involved in developments in Arizona, Florida and elsewhere in California.

"He was just that person who loves the deal," said his daughter, Sandra Stevens Weston. "He always had irons in the fire."

Stevens was born July 4, 1930, in Long Beach to Margaret Virginia and Merrill Emerson Stevens. He attended high school in South Pasadena and in 1951 graduated from UC Berkeley with a bachelor's degree in business administration. In the early 1950s, Stevens served in the U.S. Army.

During the 1984 Los Angeles Summer Olympics, he was commissioner of the modern pentathlon competition held in the Orange County community of Coto de Caza. And in 1985 he was named president and chief executive of the Los Angeles Express, a United States Football League franchise.

"He was a visionary," his wife said. "He would come up with ideas, ways to do things that were unusual."

Wrather eventually sold the Queen Mary. The Spruce Goose was moved to a museum in Oregon.

For the last three decades, Stevens faced severe health issues. In 2009, he and his wife wrote a book, "Never Give Up! The Six Secret Steps You Must Take To Protect Your Own Life."

In addition to his wife and daughter, Stevens is survived by his son, Chris, and stepchildren Lisa and Brad Levine. Stevens was preceded in death by his first wife, Joyce Whistler Stevens. 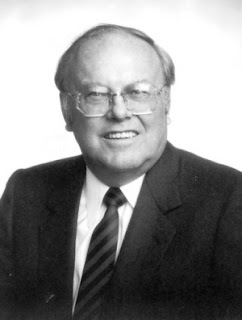 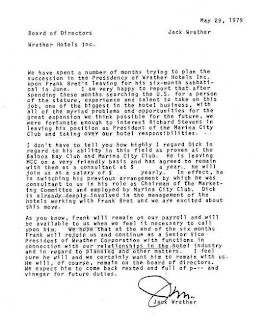 In my book Disneyland Hotel: The Early Years 1954-1988, I admit, I covered very little on the Disneyland Hotel in the later 70's to the 1980's. I just did not have that much information to use or share. Different story now. I have tons more to add from the 70's as well as the 80's and for that matter, for all years. Now I just lack time to put it all together....but if I could, I would have the definitive work on the Disneyland Hotel. I am working on it though, slowly but surely.

In the mean time, here are some picture ads from Disneyland Hotel establishments circa 1987. 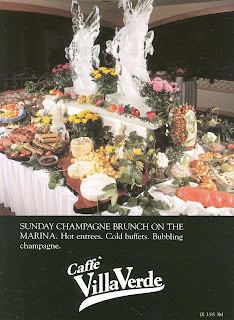 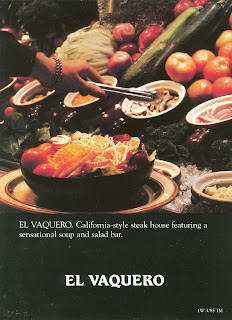 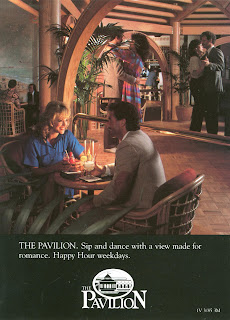 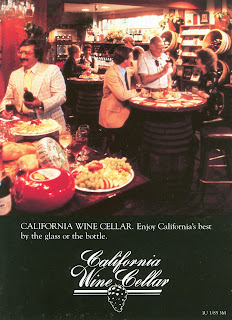 California Wine Cellar
I don't ever remember personally going into any of these establishments however, for the Hotel's 55th anniversary celebration held on October 5, 2010, we presented at the Pavilion which is now called the Sleeping Beauty Pavilion. Here are some pictures from that event: 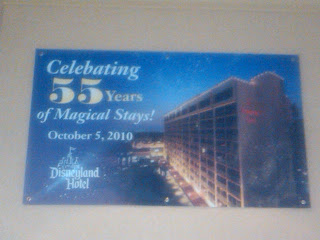 ﻿This was a poster created for the event. Wish I could have gotten one of these! 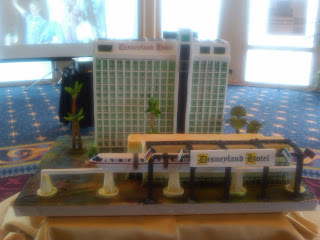 This was the cake designed for the event. 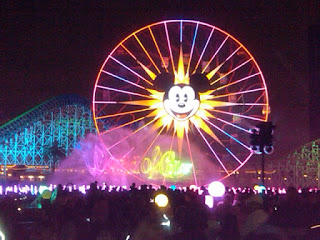 If you haven't seen "World of Color", I highly recommend that you do. It was absolutely wonderful!

Please visit our website and help keep these pictures coming by purchasing our book: http://www.magicalhotel.com/

No theme today just some random shots to add. As always, hope you like them. 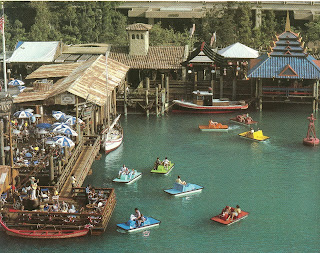 Pedal Boats which were free to ride the first few years then a fee was charged. I never rode these did any of you? 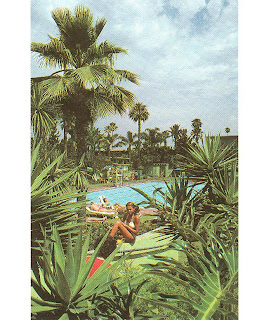 An interesting angle of the pool.﻿ 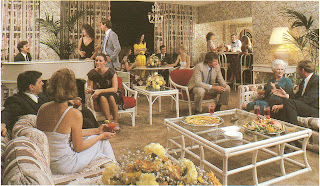 A suite at the Disneyland Hotel....a bit dated but nice even by today's fashions.
http://www.magicalhotel.com/
Happy 55th Birthday Disneyland Hotel on October 5th. Sadly, nothing remains from the first years of the Hotel.﻿ Of course you can always refresh your memory here.
Posted by Magical Hotel at 6:04 PM 1 comment:

I will be visiting the Disneyland Hotel on October 5th and 6th celebrating the Hotel's 55th anniversary. If you are around at either the Hotel or Disneyland Park, I would love to meet you and say "hello". Please contact me through my profile page on this blog.

Posted by Magical Hotel at 12:33 PM No comments: