I absolutely love overhead shots of the Disneyland and Disneyland Hotel. These photos have dates on them but sometimes, it's fun figuring out what the year of the photograph is based on the details in the shot. These two overhead shots show just how much the town of Anaheim changed in just around 18 short years. The first picture shows late 1952 and is just about the time Walt Disney began scouting for locations for his most ambitious endeavor, Disneyland. What I wouldn't give to be along for the ride when Walt was searching.

Thanks to Ebay, I was able to get some really neat information on the Hotel's history which I will be posting very shortly.

Overhead from late July, 1970 - This photograph had to have been taken early in the day. The parking lot for Disneyland is still not even close to being full. In just 18 short years, the entire lanscape of the Disneyland area had changed. 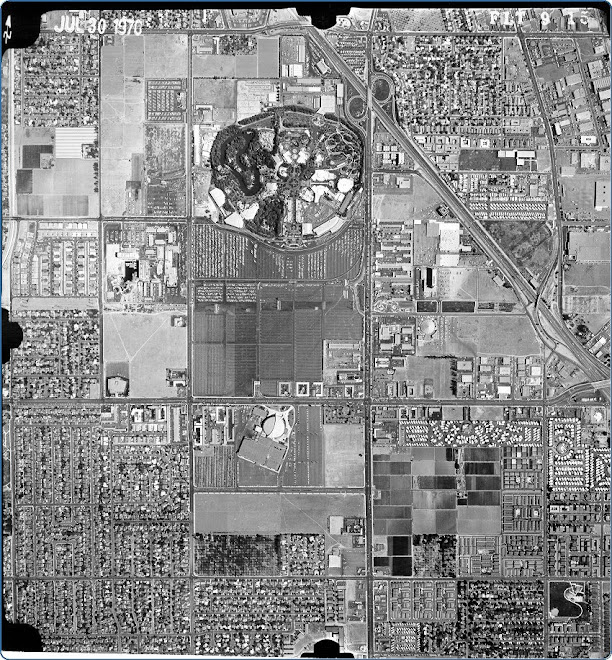 Hotel Area 1970 - Close-up of the Disneyland Hotel area from the 1970 overhead shot above. The Marina Tower and Marina had opened just six-months earlier. 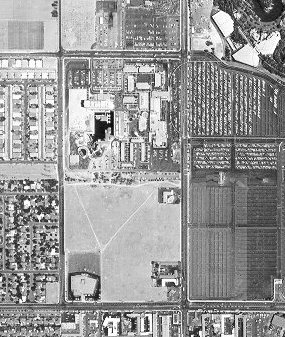 Overhead shot from 1952 - Just around the time in which Walt Disney was beginning to look for property to build his magical park. The Santa Ana Freeway (Highway 5) runs vertically in the top right corner of this picture. 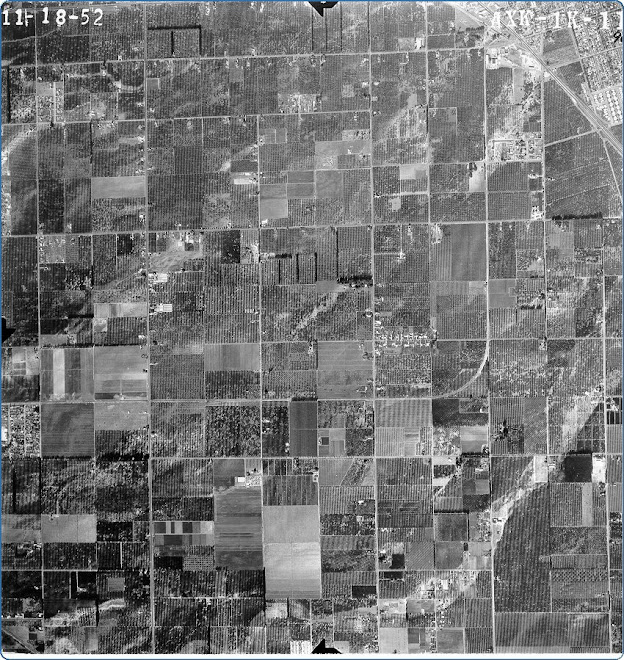 Posted by Magical Hotel at 7:42 AM