Although the Disneyland Hotel opened for business on October 5th, 1955, the "official" grand opening took place in late August of 1956. This was after the Hotel's shops and restaurants were opened and three additional graden structures were added to the grounds. The Hotel now had over 200 rooms, a full slate of shops and restaurants, an Olympic-Size swimming pool and tram service to and from Disneyland Park. The Hotel was near or at capacity nearly every night and was regularly turning away guests due to lack of rooms. This grand opening was a star studded affair and featured some of Hollywood's biggest stars. Walt Disney also attended the festivities himself. Pictures of Helen Alvarez on the grounds are extremely hard to find. She did not regularly show up at the Hotel and in fact, began to feud with the Wrather's almost from the day the Disneyland Hotel opened for business. The partnership (after many litigations) dissolved in early 1958. Souvenirs that have Wrather-Alvarez Hotels stamped on them are certainly the rarest and most valuable of collectible items from the Hotel's past. 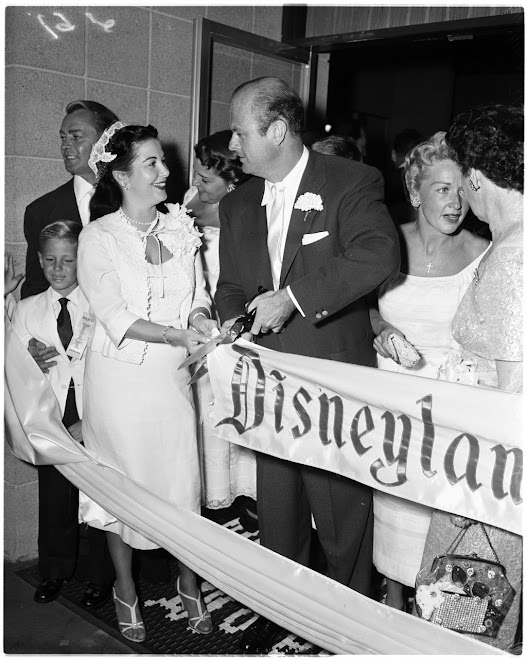 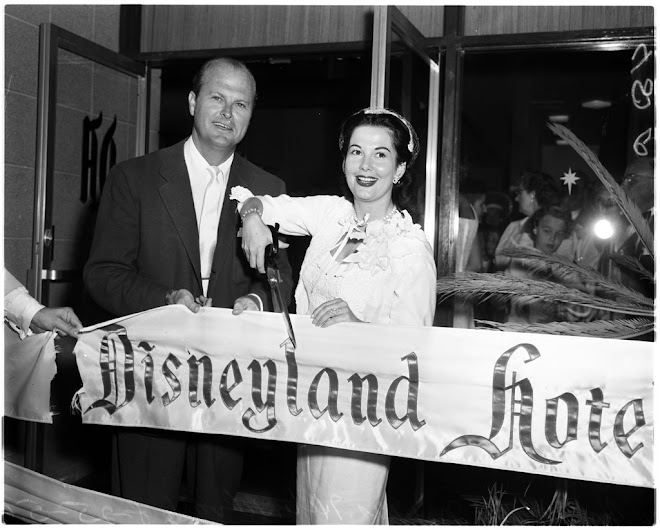 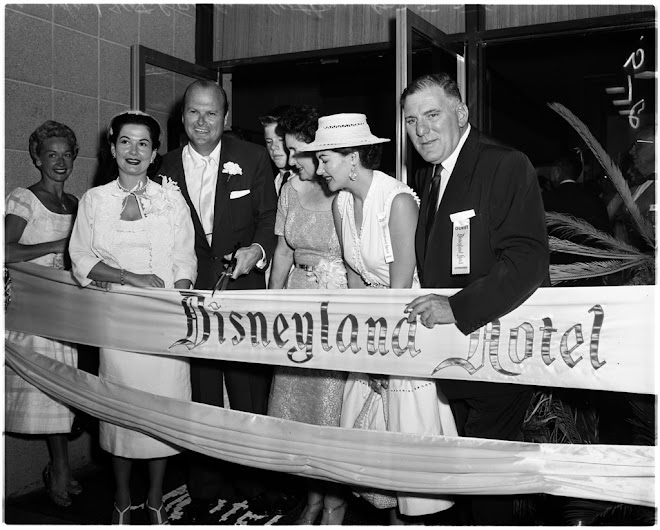 Posted by Magical Hotel at 7:47 AM