By 1976, the Disneyland Hotel's convention facilities were in full swing and could accomodate groups and functions of all sizes. This was just two years prior to the Hotel's addition of the third and final tower, the Bonita in 1978. The overhead drawing looks a bit funny and asymmetrical without the third tower. This was right around the time the Hotel began pushing Tower rooms over Garden Villa rooms. In fact, the Hotel would convert two South Garden structures into office buildings around the late 70's and a whole wing would be removed in the early 80's to make way for the Rose Garden and Gazebo in the North Garden area. Many large groups and companies such as GM, Bell Telephone, AMA, Boy Scouts and numerous others used the Hotel to hold their conventions. 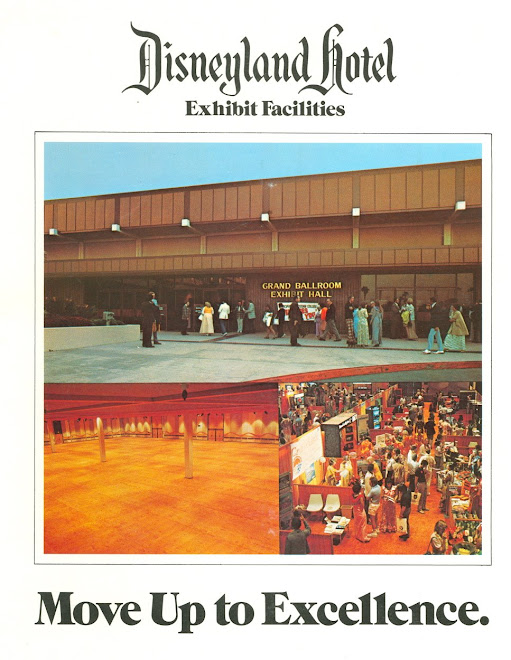 With facilities that could accomodate the largest of conventions, the Disneyland Hotel was well equipped for major events. 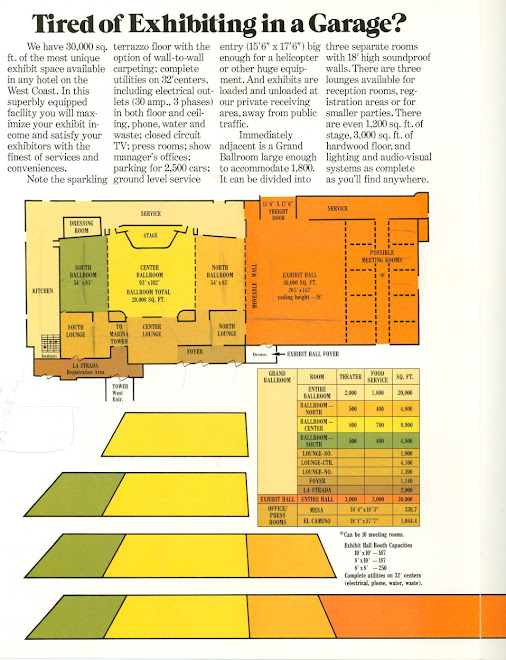 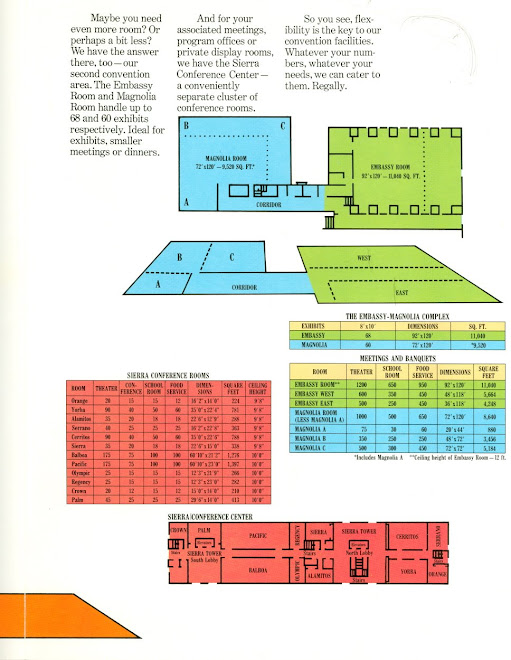 1976 convention brochure about two years before the last tower (Bonita) was built. 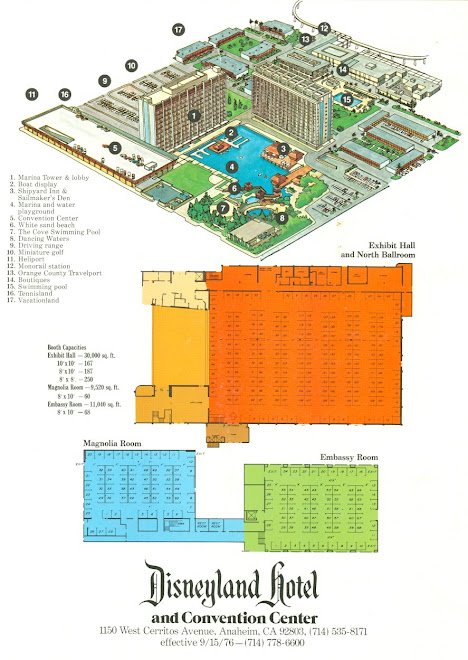 Posted by Magical Hotel at 7:37 AM