I am sure you are all aware that when the Disneyland Hotel originally opened in 1955, there was a Richfield service station on the property. You can clearly see the station in place from my latest overhead picture posting in the lower left portion of the photograph. The station was conveniently located right at the exit of Disneyland Park so guests could fill their tanks for the ride home. In my never ending quest for knowledge and details, I found the following. First is a portion of the text from the original contract terms to build and operate the Disneyland Hotel which was prepared by Jack Wrather & partners. This document is dated November 11, 1954:

I always wondered exactly when they started to build this service station on the Hotel property. I know that it was opened in time for Disneyland in mid-July. Overhead photos show that it was in place and open for business by July, 15, 1955. 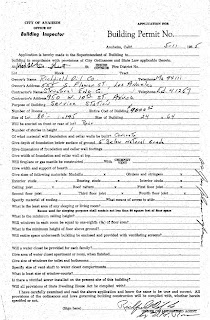 I assume construction started shortly after the permit was issued and this building did not take too long to construct.

You might think that I would stop there and be done with this knowledge quest. Of course not! Next, I wanted to know what year the station was removed from the grounds. I had overhead photos showing the station in place up to 1975 but not there in 1979. The attached is proof showing it was removed in 1976. Here is the building permit to demolish the (then called ARCO) service station again from the city of Anaheim: 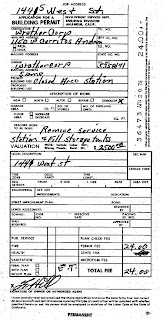 Now this has probably been way too much information for even the most zealous of Disney fans but I just couldn't stop. Hope you learned something. 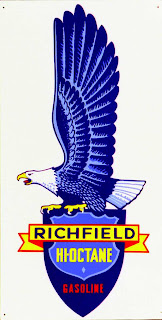 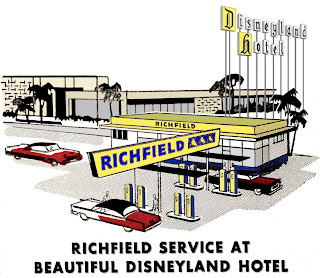 Posted by Magical Hotel at 2:13 PM

Never too much information!