This is one of three different brochures issued by the Disneyland Hotel in 1957. This is also the brochure which helped inspire me to write the book on the history of the hotel http://www.magicalhotel.com I won this brochure on an online auction as part of a package of Disneyland items. I was immediately fascinated by the Hotel, its architecture and its history and began collecting everything I could find on it. I had always liked staying at the Hotel but could never find any documented history on it which started me on my adventure. I will post covers of the other 1957 brochures shortly. Interesting item: in 1958, a fourth North Garden Structure was added to the Hotel and in 1960 two more structures were added. In none of the 1958-1961 brochures can you find mention of additional rooms at the Hotel. It wasn't until 1962 when the Tower Building was added that they specifically mention the addition of rooms, now up to 450. With eight structures, the tally was at 200 rooms which is stated in a brochure. No mention of additional rooms in 1958 or 1960.

Amenities Galore at the Disneyland Hotel 1957 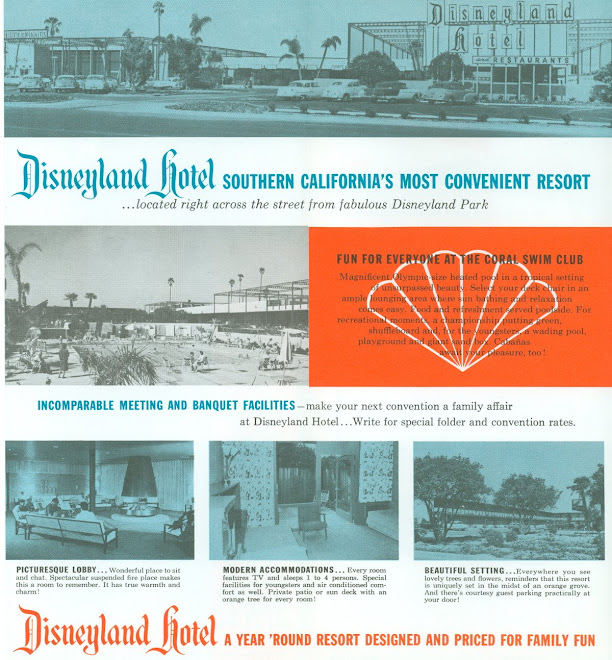 Posted by Magical Hotel at 6:59 PM