This is perhaps the second most rare (next to the Pre-Opening brochure) of the Disneyland Hotel paper items. This brochure came out in October 1955 and listed just 104 guest rooms. Many things were not yet open at the Hotel. In fact, as previously stated, only seven actual rooms were available when the Hotel opened on October 5th, 1955. They were using an eight as the office. There was only the Little Gourmet Restauarnt, the Richfield Service Station and the five guest room structures open for business. I am not sure of the actual date the Olympic Sized Pool opened but it was most likely late October, earl November 1955. The Hotel was solidly booked night after night with business being turned away nightly. There was a sense of urgency to complete the three North Garden structures to accomodate the many people requesting rooms. Work had begun on those even before the Hotel had opened. Meanwhile, work was also furiously underway on the Administration building, the restauarants and the Hotel shops. 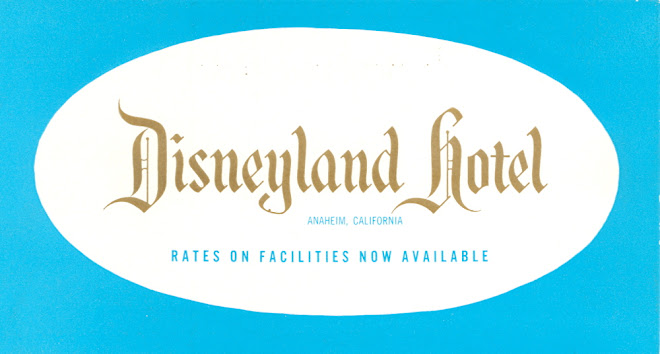 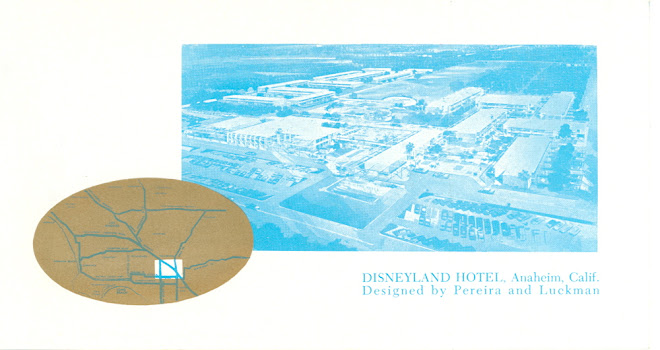 Posted by Magical Hotel at 6:58 PM